Clearest Sign Yet That Prince Harry & Meghan Markle Are Getting Married

Clearest Sign Yet That Prince Harry & Meghan Markle Are Getting Married 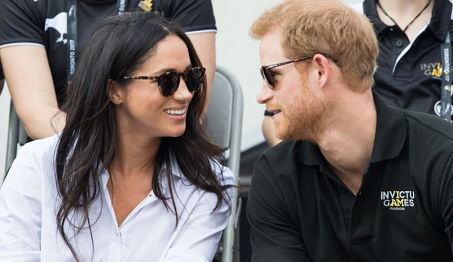 She's reportedly already met the Queen. And rumours are that Meghan Markle and Prince Harry have been discretely looking for a place to move in together.

Now talk of a royal wedding is reaching fever pitch as aides have been asked to officially start preparations, it has been claimed.

Senior members of the Royal Family have been asked to make weekend dates in 2018 available, according to the Mail on Sunday.

The Duke and Duchess of Cambridge recently announced they are expecting a third child next year.


Kate Middleton's due date is believed to be some time in April so any royal wedding would have to be held after that.

But it appears a question of if, not when.

Meghan Markle is said to have already been introduced to Harry's grandmother.

It's said that the Prince took the Suits actress to meet the Queen over tea at Buckingham Palace.

Harry, 33, and Meghan , 36, apparently sat down with HRH for an hour in her private sitting room.
As Meghan has been married before, Harry must ask the Queen's permission to wed his intended.

The couple met 18 months ago at the Invictus Games in Florida.