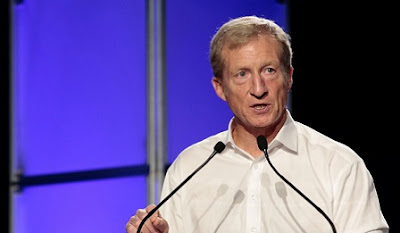 In the ad, Steyer argues Trump should be ousted from office because he has edged the country toward nuclear war, obstructed justice at the FBI and threatened to shut down news organizations he does not like. He urges viewers to call their members of Congress and tell them to bring articles of impeachment.

"People in Congress and his own administration know this president is a clear and present danger who is mentally unstable and armed with nuclear weapons," Steyer says in the ad. "And they do nothing."