What I Will Do As The New Aare Ona Kakanfo- Adams

What I Will Do As The New Aare Ona Kakanfo- Adams 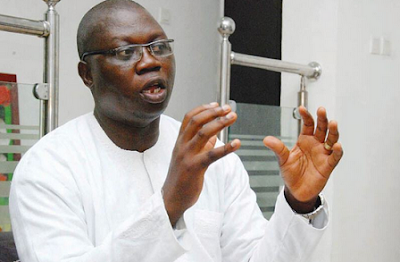 The new Aare Ona Kakanfo of Yorubaland, Chief Gani Adams, on Tuesday, said he would use his new position to promote the Yoruba culture and fight the cause of the Yoruba race.

Describing himself as a fighter, Adams, who is the National Coordinator of the Oodua Peoples Congress, added that he would reach out to a former Lagos State Governor, Asiwaju Bola Tinubu, and other Yoruba leaders. The OPC leader said this in Lagos while speaking with newsmen on Tuesday.

Adams stated that though he was not as wealthy as the immediate past holder of the title, the late Chief M. K. O. Abiola, whom he said he had a high regard for, he was ready to use his structure to advance the socio-cultural cause of the Yoruba.


“I am not as wealthy as the last Aare Ona Kakanfo, but the structure I have today with six million followers is something that cannot be wished away.

He said contrary to popular belief, the title was not a death knell for anybody chosen as the Aare Ona Kakanfo.

“I am a fighter. You must understand that death is a product of God. I have been fighting for many years and will work to promote the Yoruba agenda,” he added.