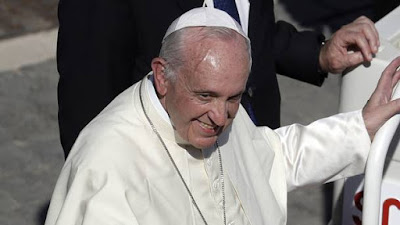 The Catholic Church has been given 35 new saints, proclaimed during a Mass celebrated by Pope Francis in St Peter's Square, Rome.

Thirty of the saints proclaimed on Sunday are martyrs, including priests and lay people, who suffered anti-Catholic persecution in 1645 at the hands of Dutch Calvinists in Brazil.

Three more were children in 16th-century Mexico who were martyred for embracing the Catholic faith and refusing to return to their ancient conditions.


The remaining two saints were a priest in Spain in the last century and an Italian priest who died in 1739.

Francis, who became pontiff in 2013, has repeatedly paid tribute to Christians suffering or dying for their faith in current times, especially in the Middle East.