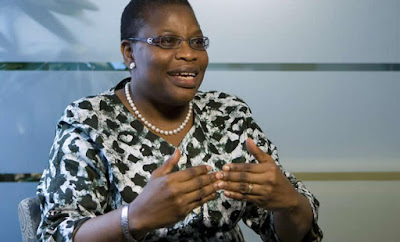 A former vice president of the World Bank, Oby Ezekwesili, has intervened in the controversy surrounding the statement ascribed to President Muhammadu Buhari asking the World Bank to prioritise the Northern part of the country in its intervention.

She said Mr. Buhari’s statement was taken out of context as it is one of the policies of the World Bank to give more attention to post-conflict zones like the North-east.

She blamed presidential spokesperson, Femi Adesina, on how his team ”handled the misunderstanding.”


Ms. Ezekwesili, who took to her Twitter page to address the issue, said: “the terrible indecorous press release by Femi Adesina worsens a fractious debate. This FG cannot be leaders of toxicity in public debate. Healthy debates are important for managing our diversity. The government of President Buhari should reign in his media team and retrain them to be effective.

“In an attempt to correct the perceived misunderstanding of Kim’s statement and calm the uproar it has generated against the person of President Buhari, Mr. Adesina released a statement wherein he labelled the president’s critics as “ignorant and mischievous.”

“Healthy Debates are IMPORTANT for MANAGING OUR DIVERSITY. FG of Pres @MBuhari should reign in his media team & RETRAIN THEM to be EFFECTIVE”, she added.

Ms. Ezekwesili explained that at the time the World Bank team met government officials in 2015, ”serious work had taken place among development partners on how best to help stabilize North-east,” adding that post-conflict zones like Northern Uganda and the Eastern Democratic Republic of Congo receives special focus from World Bank and as ”the destabilization in the North-east worsened, Nigeria sadly joined the list.”

Emphasising her position as a former senior officer of the bank, she explained that the statement made by the World Bank President, Jim Yong Kim, ”is not as it sounds,” adding that prioritising reconstruction of post-conflict zones in any of those countries factually proved to be key for the rest of the country’s growth and stability.


“I want EVERYONE to KNOW that the statement made by the @WorldBank President @JimYongKim IS NOT AS IT SOUNDS. I should KNOW. I was VP there.”