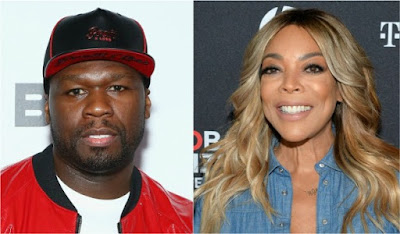 It's war between 50 Cent and Wendy Williams. The two let leash on one another on social media after chatshow host Wendy told the hip-hop star to 'get a life'. Her comments were sparked by his plans to throw a 'child support release party' on his son's 21st birthday.

In response 50 Cent, real name Curtis James Jackson III, took to Instagram, sharing a picture of Wendy on the beach in her bikini - and calling her 'ugly'.

Wendy Williams just told me to get my life together,' he wrote, adding the shorthand for 'shake my head'.


He then referred to DailyMail.com's revelation that Wendy's husband Kevin Hunter has had a secret ten-year affair with a 32-year-old massage therapist.

'Your husband is not a bad man. he deserve a side chick for talking to you, you ugly motherf*****. Focus on your own s*** b****. Oh yeah we in club LUST tonight your invited.LOL #50centralbet.'
And 50 still wasn't done. He then shared a picture of Wendy, comparing it to one of Ron Perlman dressed as Vincent, the 1980s TV series Beauty And The Beast.

The row was sparked when 50 Cent shared his plans for his party when his son Marquise turns 21 on October 13.

Marquise responded by taking a shot at 50’s new sketch comedy show, writing: 'Damn, only if your new TV show was this funny!'

The two have long had a strained relationship.

Wendy quickly weighed into the family row on her TV show.

'He is Petty Spaghetti,' she said of 50. 'He's got real petty ways about him. I don't really understand it because he's got enough money to take care and support and whatnot.' 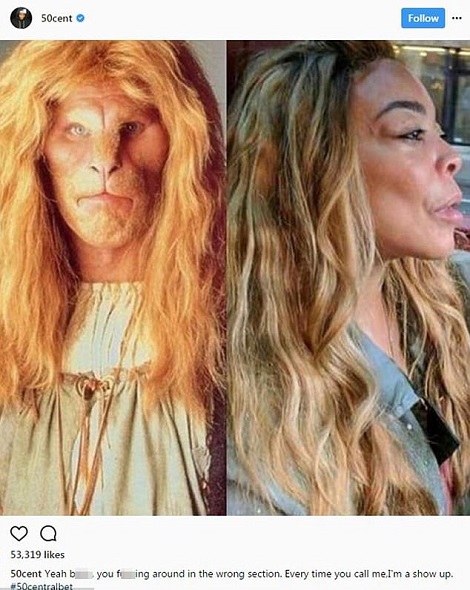 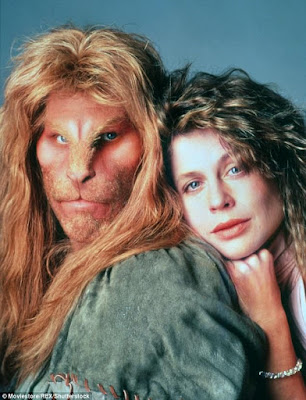