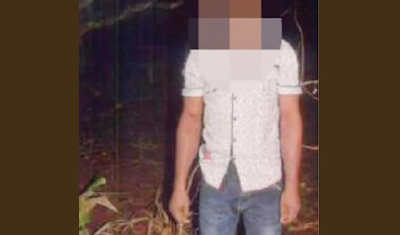 There was pandemonium in Rumuagholu community, Obio/Akpor Local Government Area of Rivers State following a report that a middle-aged man, had allegedly attempted to commit suicide over N27m debt, a source disclosed.

The man, Mishack Okonye, who is the Managing Director of CMIK High Global Service, was said to have  incurred  the huge debt, which he had been battling to offset.

It was gathered that Okonye, had allegedly worked for a firm, Bua International Limited in Port Harcourt. It was further learnt that Bua still owed CMIK over N27 million and Okonye had sold most of his property in order to pay for the machineries and labours he hired for project.


Mrs. Millicent, the wife of Okonye, who narrated how her husband had attempted to commit suicide over the debt, noted that God’s intervention saved him.

Millicent disclosed in Port Harcourt that she met her husband, Meshach Okonye, trying to take a concoction in order to terminate his life.

She narrated that the cause of her husband’s attitude was the debt burden on him, adding that several persons have been coming to demand that Okonye pay them the money he owed them.

Millicent explained that those her husband also borrowed money from to execute the project had been threatening him for over two years now.

She explained that her husband did a job for one Bua International Limited, recalling that over N27, 750,000 was still not being paid, resulting to his husband being indebted to many persons.

The woman noted that her husband had sold off most of his property in order to be able to clear the debt because the company he worked for refused to pay.

“I was out and something prompted me to go back to the house. When I got home, I saw my husband in a strange mood. I discovered that he wanted to drink something I saw in a cup.

“I will not be happy and I will not take it lightly if my husband hurts himself because of debt that Bua International Company owes him,” she cried.

She called on the government agencies, well-meaning individuals to prevail on the Bua International Limited to pay her husband so that he could pay of the debts her incurred in the project.

Meanwhile, when the management of Bua International Limited was contacted on the debt owed the contractor, one of the officials of the firm, simply identified as Rabiu, said he would not be able to speak on such matter.