Rats’ Invasion: President Buhari Yet To Use Office 7 Weeks After

Rats’ Invasion: President Buhari Yet To Use Office 7 Weeks After 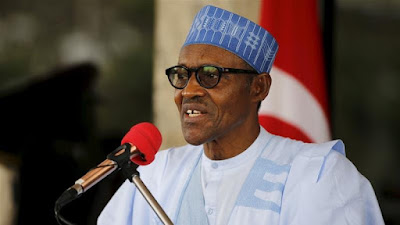 Almost two months after he returned to the country from his medical trip to London, United Kingdom, President Muhammadu Buhari has yet to return to his office inside the Presidential Villa, Abuja.

But the Presidency says the situation has not in any way hindered the President from performing his duties.

Buhari, who arrived the country on August 19 to a wild jubilation by Nigerians after spending over 100 days abroad, has been operating from an office located inside his official residence and another one located inside the Presidential Banquet Hall.


The Senior Special Assistant to the President on Media and Publicity, Garba Shehu, had said the President’s office needed renovation because of its devastation by rodents during his long period of absence.

“Following the three-month period of disuse, rodents have caused a lot of damage to the furniture and the air conditioning units,” he had said, explaining that it was impossible for the President to operate from the office in that condition.

Although he said he could not tell when the renovation would be completed, the presidential spokesperson had stated that the maintenance company had been asked to speed up its pace of work.

However, 56 days after the President’s return to the country, he has yet to resume in his office.

His residence and the Presidential Banquet Hall, where he operates from are less than five minutes’ walk from his office.

The President has been hosting meetings and other events in the two venues.

This week alone, he held separate meetings with some state governors and the nation’s security chiefs at the venues.

The President has also been attending weekly meetings of the Federal Executive Council inside the Council Chambers located less than 50 metres to his office.

Buhari has also been joining Muslim faithful for Juma’at service inside a mosque located behind the Council Chambers.

When contacted on Friday, the Special Adviser to the President on Media and Publicity, Mr. Femi Adesina, said where Buhari has been operating from are also offices.

Adesina said the most important thing is that the President is working.

The presidential spokesman was, however, silent on when Buhari will resume in his main office.

“Office na office. He (the President) uses one now, and the work goes on,” he simply said.

Punch correspondent had sought to know from him the stage of the renovation in the President’s office; if there is any truth in the claim that Buhari does not plan to return to his office anytime soon; and when exactly he would return.