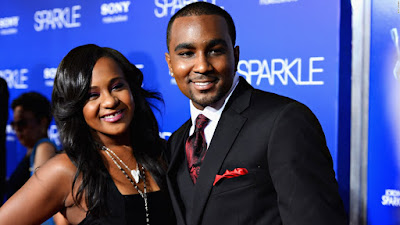 Nick Gordon is speaking out two years after ex-girlfriend Bobbi Kristina Brown tragically passed and is addressing rumors that he was responsible for her death.

It was Gordon, 28, who found the 22-year-old face down in the bathtub after a night of partying and arguing and attempted to revive her in scenes that bore a chilling resemblance to the circumstances of her own mother, Whitney Houston's passing.

Brown's autopsy revealed she had marijuana, alcohol, a cocaine-related substance, anxiety medication, and morphine in her system, but her manner of death has been labeled 'undetermined' as they can't tell if it was intentional or accidental.

Gordon was held legally accountable for Bobbi Kristina's death in 2015 after he didn't show up for a court hearing in the $36million civil suit brought against him by her family.


For Bobbi Kristina, Gordon tells DailyMailTV, it was the beginning of a descent into drug use that spiraled out of control and ended in her death. For him it was the end of a relationship that has long perplexed observers.

Gordon was 17 and Bobbi Kristina 14 when Houston invited him to move into their home in Georgia.

His own mother, he said, 'wasn't very good' at the time. She had left the state to be with another man. He didn't want to go with her.

He had met Bobbi Kristina at school but both dropped out to be tutored at home after he moved in to the Houston household.

Recalling Houston he said: 'It was like two or three months after I moved in she began to ask me, "Call me mom."

'We immediately clicked. From day one it was a really, really cool relationship so I'll miss it forever.

'It was like a mother, son relationship. It really was.'

In a bizarre twist of fate Gordon was there at the Beverly Hills Hotel back in February 2012 when Houston drowned in her bathtub. She was later found to have cocaine in her system.

As for Bobbi Kristina she was like his 'little wing man' at first. Gordon described them as 'the three musketeers.'

And while Bobby Brown was 'busy creating his other family, his new family with his new wife,' Gordon claimed to have taken on the role of the man of the house - their 'protector.'

It was a role for which, in truth, he was ill equipped.

Emotionally and financially he said he was treated, 'like a prince,' though today he claims that he definitely gave more than he got - a statement on which he will not elaborate.

Throughout Houston's life both he and Bobbi Kristina received a monthly allowance, which, after her mother's death, Bobbi Kristina continued to pay to her then boyfriend.

But Gordon has always vehemently denied that that had anything to do with their romance.

He claimed that Houston wanted them to marry, telling them they should elope and that it was she who planted the seed of a relationship between them.

He said: 'Screw the money. I lost two people I loved. They could have the money; it's not even about that. Don't get me wrong, money's nice but it definitely doesn't buy you happiness. Maybe temporary happiness.'

For Bobbi Kristina there was, it seems, no true happiness after her mother's death.

Gordon said: 'Everything changed. She would cry and you know throughout all those nights I felt I couldn't do the same thing.

'So it was just all this built up emotion that I didn't get out as I'm sitting here trying to be strong for this person.'

After Houston's death Bobbi Kristina and Gordon told the family that they were married - though they were not.

Little did they know they were living on borrowed time.

According to Gordon, Bobbi Kristina tried to commit suicide on two occasions - cutting deeply into her wrists.

She suffered two miscarriages and self-harmed and both became lost in a haze of drugs.

Asked if he regrets anything or if he believes now that the best thing for Bobbi Kristina might have been for him to leave he said: 'If I had somebody tell me this would be a good thing for y'all to separate I would have tried that.

He said: 'The truth is, in my heart, I believe Krissy overdosed on drugs.'

And he wants both her and her mother's spirits to be at peace and to remember the 'beauty' of Whitney and Bobbi Kristina who he describes as his 'little Guardian angel.'

Today he is working as a landscaper, trying to plan for a future, he says, that contains marriage and children - maybe with Laura.

He wants his life to move on, he said, but he does not regret the day he accepted Whitney's invitation to come live with her and her daughter.

He said: 'I'm so happy I got to live with them and give them the little bit of happiness I could towards the end of their journey down here.