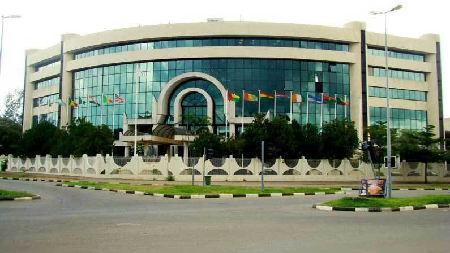 The ECOWAS Court of Justice has ordered the Nigerian government to pay $75, 000 to the family of a deceased cadet of the Nigerian army, Elshadai Kwasu, for alleged violation of the deceased right to life.

The deceased, a 19-year-old military cadet, died during the conduct of a waterman-ship training in April 2015.

Following his death, the late cadet’s father, Danladi Kwasu, approached the court to demand the invocation of relevant sections of the African Charter on Human and Peoples Rights on the grounds of alleged violation of his child’s right to life.

The defendants in the case are the Nigerian government and the NDA.


But the Nigerian government through its lawyers argued that the family of the deceased had signed a prior agreement consenting to possible negative effects of the exercise, wherein they (Mr. Kwasu’s family) agreed to understand any hazards that the program could result in.

Delivering it’s ruling on the matter, a three-member panel led by Nwoke Chijioke said the cited agreement entered into by parties, secretly, does not negate the requirement for carefulness on the part of government.

Mr. Chijioke said the facts before the court clearly indicated that the death of the deceased was linked to acts of negligence on the part of the defendants.

“There is a colossal link between the death of the deceased and the negligence on the part of the defendant. The defendant merely made a general denial of the act and depended on the consent of the applicant given to the NDA,” said Mr. Chijioke.

The judge described as ‘sad’ the fact that the Nigerian government as well as the NDA officials failed to perform any act of reparation to the family regarding the death of their son.

The court decided that a case of violation of the deceased right to life was duly established, given the court documents which has shown that the late cadet was forced to swim, despite the defendant’s knowledge that he lacked the ability to do so.

Mr. Chijioke also said the failure of the defendant to investigate the arbitrary deprivation of the deceased right to life is a violation of article four of the ACHPR.

He, therefore, agreed with the application for payment of $75,000 as damages for the life of deceased which was demanded by Mr. Kwasu’s father and ordered an immediate investigation into the matter, with a view to prosecuting the officials involved in the violation.