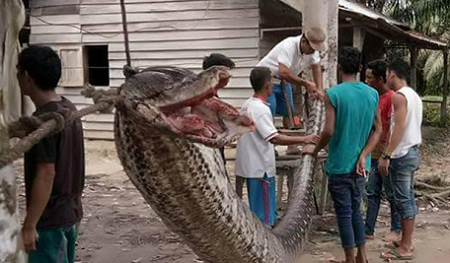 A security guard is recovering in hospital after winning a fight to the death with a 23-foot python.

Brave Robert Nababan says he came across the huge reptile on a road in the Indragiri Hulu Regency of Riau Province in north-western Indonesia.

The 37-year-old was riding his moped home from his job as a security guard on a palm oil plantation when he saw two pedestrians blocked from crossing the road by the giant snake.

From his hospital bed, he revealed how he had tried to get hold of the snake to move it.


He was quoted as saying: "I tried to catch it. It bit my arm, and we wrestled for a while."

But Indonesian media reports of the epic mortal combat were cut short when Mr Nababan’s family asked journalists to leave the hospital halfway through his tale.

He is thought to have won the fight and killed the snake though it is not known how.

The snake’s body is shown in pictures strung across his village like a washing line.

He is reported to have suffered deep lacerations to his left arm and hand.

The python on display in Mr Nababan’s village may be a reticulated python, the largest specimens of which can sometimes reach 23 feet. 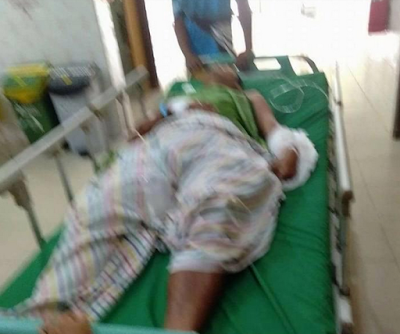 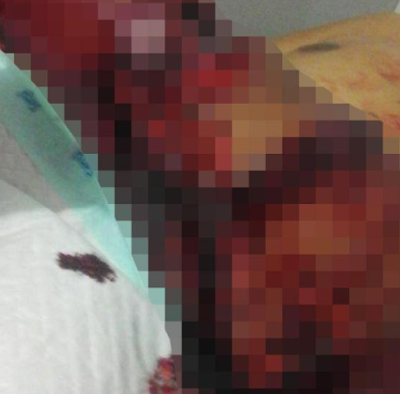