Vegas Gunman Was A Multimillionaire, Owned Two Planes, Several Properties Across The US

Vegas Gunman Was A Multimillionaire, Owned Two Planes, Several Properties Across The US 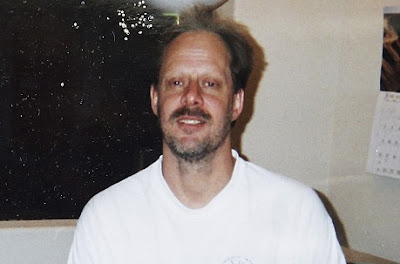 The man who shot dead 59 people and injured 527 others in Las Vegas on Sunday night was a multimillionaire who took a huge arsenal of 23 guns into his Mandalay Bay hotel room, which he transformed into an elaborate sniper's nest before opening fire on a country music festival on Monday.

Stephen Paddock, 64, had made millions from real estate deals, according to his brother; he also owned two planes and several properties across the US, and seemed normal apart from his passion for gambling large sums.

But he'd also secretly amassed a massive arsenal of 42 firearms. At least one of those was automatic, while another two had been modified with a legal bump-stock devices that allows semi-automatic guns to give full-auto fire of up to 800 rounds a minute.


Several had scopes, and packed military-grade ammunition. He took 23 of those guns into his Mandalay Bay suite over several days and set up two rifles on tripods at windows overlooking the Route 91 Harvest country music festival. Thousands of rounds of ammunition were also found in the suite, enabling him to fire repeatedly over the course of 72 minutes.

His car had traces of a fertilizer used in bomb-making. Paddock had lived in 27 residences in Nevada, Florida and Texas as an adult, but other than that he had apparently lived a quiet and unremarkable life - and the reason for his assault remains a mystery.