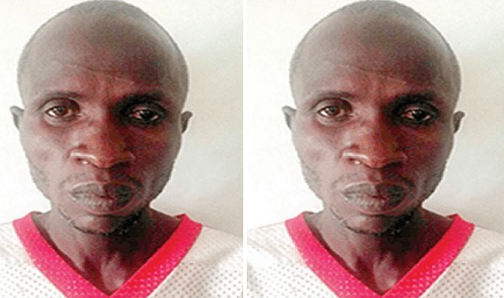 Another member of the dreaded Boko Haram sect, Mohammed Basha was yesterday arrested by Police detectives in Ondo State while loitering about. Last week, the state police command confirmed the arrest of one of the suspected commanders of the sect, ldris lbrahim Babawo Mohammed Basha who was arrested in lsua, Akoko South East Area of the state, where Babawo was equally picked up last week.

Joseph said that when Babawo was arrested last week and interrogated, police detectives were not convinced of his identity and he was later handed over to the military for further interrogation.

In the new catch, the state police command through its image maker Femi Joseph said in a statement in Akure that; “Another Boko Haram member, identified as Mohammed Basha, was arrested in Isua Akoko area of the Akoko South-East Local Government Area of Ondo State yesterday.


“The suspect was arrested while loitering on Isua-Ifira Akoko road by the men of the anti-crime patrol.

“After his arrest and interrogation he confessed that he was a member of the Boko Haram sect.

According to him the suspect told the police detectives that his father is from Niger Republic while his mother is from Maiduguri in Borno State.

“He said when Maiduguri was too hot for him he ran to Nassarawa state last month where he left yesterday (Saturday) to the South-West to hide.

He also confessed that one Daffo is his team leader while Shekau is still the overall leader of the group.’’

Items recovered from the suspect according to the state police spokesman include “ items suspected to be charms. Joseph added that the suspect was still in the protective custody of the command for further questioning.