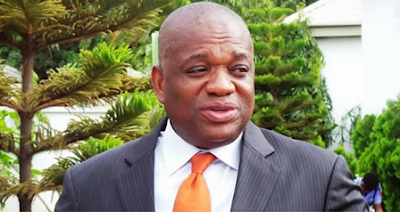 Mr. Ifeanyi Ejiofor,  head of the legal team of the leader of the proscribed Indigenous People of Biafra, Nnamdi Kanu, on Sunday described an ex-Governor of Abia State, Orji Uzor Kalu, as a drowning man desperately in search of relevance from the Federal Government and relief from prosecution on corruption charges.

Ejiofor, in a statement sent to a Punch correspondent, was reacting to an interview granted Sunday Punch by Kalu alleging that Kanu was not arrested by the military and has since traveled to the United Kingdom.

IPOB, recently proscribed by the Federal Government with the backing of the court, had declared Kanu missing since September 14 after the ‘Operation Python Dance II’ staged by the military to quell the activities of the group in Abia State and other states of the South-East.


But Kalu in his interview with Sunday Punch, said Kanu had left the country for the UK on his own.

Replying Kalu on Sunday, Kanu’s lawyer said the former governor had turned himself to the spokesperson for the Federal Government and the military as part of his strategy to get freed from his (Kalu’s) ongoing trial on corruption charges.

Ejiofor stated, “Orji Uzof Kalu is a drowning man,  looking for where to perch.”