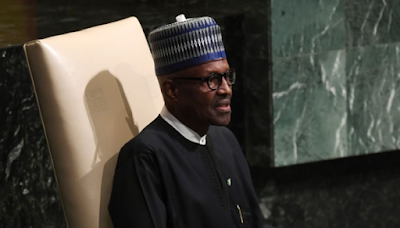 The Presidency on Saturday released what it called the 57 achievements of the Muhammadu Buhari administration as the nation marks 57 years of Independence.

The list was released by the Vice President’s Office.

The achievements were listed under different categories that included security and related matters, economy, anti-graft war and others.

Topping the list of Buhari’s achievement under security, according to the document, is the release of 106 Chibok girls, as well as taking as captives over 16,000 Boko Haram members.


Other achievements under security are tackling insurgency, decimation of Boko Haram in the North East, recovering of 14 local governments and territories previously under Boko Haram’s control in the North East, rebuilding lives of citizens there, with about one million displaced persons in the region returning to their communities in two years of this administration.

Others are restoring morale of the Nigerian military; re-organising and better equipping of the Nigerian Armed Forces; purchase of 12 Super-Tucano aircraft worth $600m to aid the Nigerian military’s current operations in the North East; ensuring continued peace in the Niger Delta through consistent funding of the FG amnesty programme for ex-militants; and the introduction of an improved mechanism for distribution of aid to IDPs in the North East through the establishment of the Special Intervention Programme of the Federal Government called door-to-door strategy.

On economy, the document listed the implementation of the National Economic Recovery and Growth Plan to aid economic recovery and taking the country out of her worst recession in 29 years, despite fall in oil prices.

It noted that N1.2trn was expended on capital/infrastructure projects nationwide, describing it as a milestone in the nation’s history.

It also mentioned the effective implementation of the Treasury Single Account, and increasing government revenue by over N3trn as well as entrenching transparency and accountability.

It cited the implementation of the Bank Verification Number, thus tackling corruption by plugging loopholes for siphoning of public funds and tracking of illicit funds through multiple accounts

On ease of doing business, it said the Federal Government signed into law two bills from the National Assembly (the Secured Transactions in Movable Assets Act, 2017 (otherwise known as Collateral Registry Act) and the Credit Reporting Act, 2017) which has facilitated access to more affordable credit for Nigerians, fast tracked budget submissions and promotes Made-in-Nigeria products.

The establishment of the Presidential Quarterly Business Forum to enhance interaction and private sector participation in the development of the economy, as well as institutionalising E-governance setting the foundation for the creation of a truly digital economy were also mentioned.

Others are signing of agreements with a number of nations to provide Automatic Exchange of Information; signing of the Extradition Treaty between Nigeria and United Arab Emirates toward strengthening Nigeria’s anti-corruption campaign; and the establishmen of PACAC – a think-tank that has provided leadership, direction and also built capacity of personnel in the fight against corruption.

Under the last category, the Presidency mentioned the eradication of polio in the country and the introduction of the One Primary Health Centre per ward programme of the Federal Government.