Dad Who Raped His Girls, Made His Sons Fight Each Other & Disfigured Wife Is Jailed 30 Years

Dad Who Raped His Girls, Made His Sons Fight Each Other & Disfigured Wife Is Jailed 30 Years 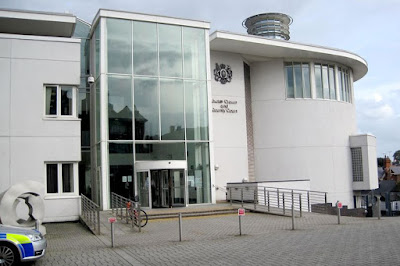 A sadistic dad who raped and abused his children for two decades has been jailed for 30 years. The 50-year-old used "hateful and extreme" violence to terrorise his own children and made sure they kept silent about the sickening sexual abuse which he carried out, the court heard.

He raped his daughter, beat his wife savagely and made the children clean up her blood, Cornwall Live reports.

The dad was branded a 'manipulative sadist' by Judge Robert Linford as he was jailed for 30 years at Exeter Crown Court yesterday.

He denied the charges but was found guilty of five counts of rape, 11 of indecent of sexual assault, one of wounding and 14 of child cruelty.


They were beaten for wetting the bed or dropping a can of cola.

He beat his children regularly, prevented them from receiving medical help to cover up his attacks and laughed as he forced his two boys to fight each other.

The children hated the fights but if they refused to take part he hit them much harder than they could hit each other.

He also forced washing up liquid into the children's mouths if they said something he did not like and shot them with a BB gun.

He sexually abused two of the victims when they were young girls.

The man, from the Camborne and Redruth area, cannot be identified for legal reasons.

During the trial the jury heard how the children were beaten and abused regularly over a 22-year period.

He also attacked his wife so savagely that she was permanently disfigured and then ordered the children to clean up the blood from his bedroom.

The defendant, who claims to be suffering from a neurological disorder, did not attend most of the trial and remained either in prison or in the cells.

He did not give evidence and after his conviction the judge revealed to the jury that medical reports cast serious doubt on the severity of his illness and suggest he is faking many of his symptoms.