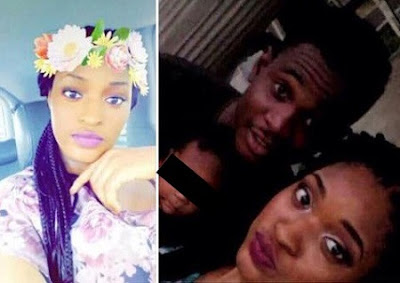 This is really sad. According to an eyewitness, Morrisom Akinyemi is a 300L student of Caleb University. He had an argument with his babymama, Chidinma, and one thing led to another. When the door of their room was opened, it was Akinyemi's corpse that they found.  Here's how the eyewitness narrated the very sad story.

“Like yesterday, he went for a part then came back around 9. But chidinma was not home, so he called her to ask her where she was. They sha planned to meet at one place.. When they came back they were with a Mr Biggs nylon and they went to their room.

Later we heard them fighting in the room and somebody was hitting someone’s head on the wall.. Chidinma open the door, she did not open the door… Later we did not hear their voices.


Like 30 mins later, she opened the door then joy’s mother and bro moor’s wife brother entered and saw Morrison on the floor.

He was unconscious and he had an injury on his head, and had a cloth tied to his neck. We rushed him to the hospital then they said he was gone.”