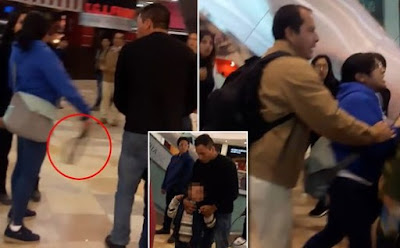 Shocking photos show the moment onlookers are forced to restrain a mother after she hit her son around the face with a belt.

Outraged shoppers in a mall were horrified when they saw the woman attacking her small child.

The mum was seen walking with what appears to be a belt in her hand. She then finds her son standing with someone believed to be his father and launches the attack on her boy as others stare on dumbfounded.

The youngster is seen crying but unashamed, the mum begins to argue with others who start to show upset at what they have witnessed.


It is reported the arguments got so heated about the whipping that a physical fight almost broke out.

Sources at the scene say emergency services were called and police arrived "within minutes" to calm the rising tensions.

The mum, who has not been named, has since been arrested and charged with child abuse. 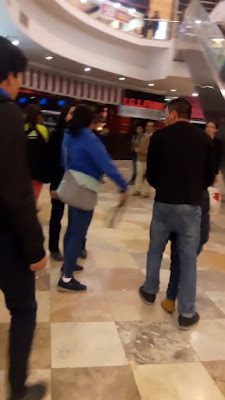 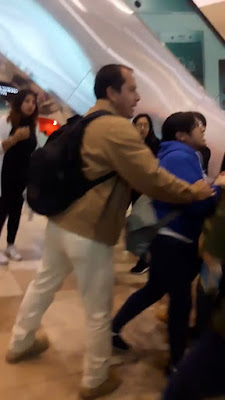 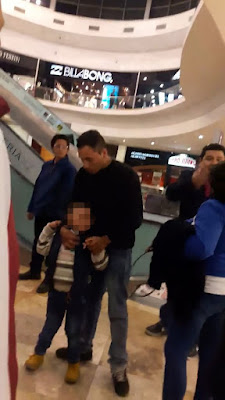