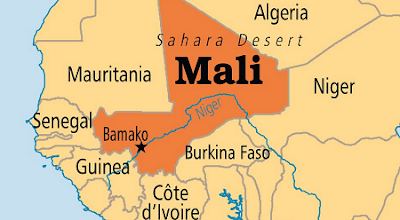 More than 150,000 children are unable to go to school due to a lack of security in northern and central Mali, Amnesty International said on Friday in a report released ahead of the country’s review by the UN’s Human Rights Council.

“Mali: Violations and abuses as instability spreads” released ahead of Mali’s Universal Periodic Review (UPR) in January next year, reveals that by June 2017 more than 500 schools had been closed in regions where armed groups are operating including Gao, Kidal, Ségou, Mopti and Timbuktu. Some, especially in the central region, were forced to close after members of armed groups threatened staff.

“Tens of thousands of children are paying a high price as violence and insecurity continue in the north and has now spread to the central region of Mali. The denial of their right to education has reached a crisis point. This has to stop,” said Gaetan Mootoo, Amnesty International’s West Africa researcher.


“As Mali celebrates today the 57th anniversary of its independence, authorities must take all necessary measures to prevent the closure of schools and ensure the safety and security of children and school staff.”

The report also draws attention to the appalling conditions in Bamako Central Prison as well as other prisons outside the capital. During a visit to the prison in Bamako in April 2017, the prison authorities told Amnesty International that 1,200 detainees were held there and had to take turns to sleep due to the limited space. The prison has capacity for only 400 inmates.