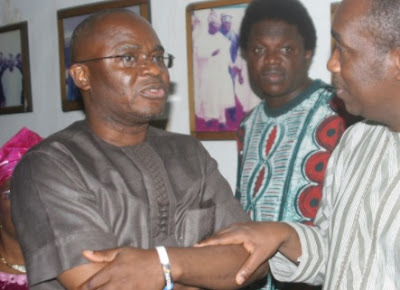 "Who can forget the effectiveness of LASTMA during Opeifa's regime, the establishment of Traffic radio, the numerous Traffic lights, Lane markings, the introduction of private cabs and several other developments" Dipo Liadi added.


The appointment of Opeifa furthermore shows that hardwork pays as everyone close to him can testify to his love for the job. I can recount an experience when we went to clear a fallen street light poll on 3rd Mainland bridge around 2am. That very day the comrade was set to leave for his house after an hard day of work before he got a call around 11.30pm on a Sunday evening that a pole had fallen on 3rd Mainland bridge. He made calls to the officers concerned to make fast arrangement in order to clear it up which the officers carried out immediately but the ever working Opeifa also made sure he giot to the scene.

Dipo further said the appointment is a victory for Opeifa, Lagos State, Nigeria, APC and the thousands of followers behind the brand Opeifa. He also congratulated President Buhari and the FCT Minsiter Malam Muhammed Musa Bello for appointing the man who has the solution to transportation. He also encouraged the people of Abuja to brace up as transportation will certainly move to great heights.

I say BIG CONGRATS to you sir.