You Have Never Read This Before.. Parents Neglect Children, As Eldest 13, S-xually Molest Younger Ones For YEARS

You Have Never Read This Before.. Parents Neglect Children, As Eldest 13, S-xually Molest Younger Ones For YEARS 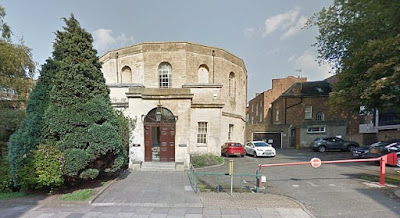 A boy raped and sexually abused his three younger siblings repeatedly in a home where they lived a 'feral' existence in conditions of 'utter deprivation', a court heard today.

Their mother totally neglected the four youngsters, who were left to fend for themselves in their filthy and squalid house in Gloucester, the court was told.

The children lived without boundaries or rules and did not know the difference between right and wrong, said prosecutor Philip Warren.

The eldest brother, now fourteen, admitted six offences against his two brothers, currently aged six and seven, and one sister who is now aged 10.


He denied a final charge of inciting his sister to watch him and a brother engage in sexual activity and the prosecution did not proceed with that count.

The offences all took place between December 2012 and May last year when the defendant was aged between 10 and thirteen, the court was told.

Judge Jamie Tabor QC told the boy: 'It would appear that from about the age of eight you started sexually misbehaving with the three youngest members of your family.

'When you started you were eight so that was not an offence in law because you were too young.

'But you continued over and above the age of ten and once you did that you started to commit criminal offences.

'Your behaviour has made your sister, in particular, very unhappy. Do you understand now that what you did was wrong?'

The tousle haired boy, now living with foster parents - who sat alongside him in court - replied 'Yes.'

The judge added: 'Had you been grown up you would have been sent to prison for a long, long time. Years. '

He added: 'Your mother did nothing to bring you up. She failed to provide even the most basic things and neglected you all very much.

'She has pleaded guilty this week to serious offences of neglecting you and your brother.

'The house was filthy and you often went hungry. There was little to no supervision by any grown ups and no boundaries in place. No rules.

'You were left to look after yourselves, put yourselves to bed and the like.

'Had you been grown up, or committed these offences even at 15 or 16 I would have to send you to prison because what you did was very bad - very bad indeed.

'It is my task if possible to ensure this never happens again and that you learn why it is wrong.

'You can now go back to your foster parents and stay with them till you are 18, supervised by the youth offending team.'

The judge placed the boy under 18 months supervision with a 16 day programme requirement and 16 days activity requirement.

He also put the boy on the sex offender register for two and a half years and made a restraining order preventing the boy from seeing his siblings except under supervision.

Earlier this week, the defendant's 36 year old dad denied three charges of assaulting, ill treating, neglecting,
abandoning or exposing the children to harm and was bailed to await trial on a date to be fixed.

He has to return to court on November 20 for trial arrangements to be finalised.

Last month, the childrens' 46-year-old mother admitted similar charges involving all four youngsters, dated between Sept 2008 and May 2016, and was bailed to await sentence at a date to be fixed after the father's trial has taken place.