Serena Williams Pens Touching Letter To Mom, But Throws In A SHADE

Serena Williams Pens Touching Letter To Mom, But Throws In A SHADE 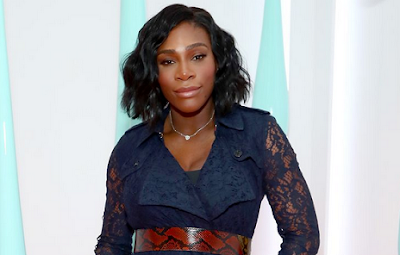 In a public letter from Williams to her mother, published to Reddit today, Williams didn’t mention Sharapova by name, but it’s very clear that in thanking her mother for being a role model, she’s also dissing her longtime adversary in one of tennis’s most famous feuds.

Williams appears to reference statements that Sharapova makes in her book about Williams’s legs, arms, and stature. She also talks about steroids and performance-enhancing drugs, a possible nod to Sharapova’s recent suspension from tennis for doping. She writes:

You are one of the strongest women I know. I was looking at my daughter (OMG, yes, I have a daughter) and she has my arms and legs! My exact same strong, muscular, powerful, sensational arms and body. I don’t know how I would react if she has to go through what I’ve gone through since I was a 15 year old and even to this day.


I’ve been called man because I appeared outwardly strong. It has been said that that I use drugs (No, I have always had far too much integrity to behave dishonestly in order to gain an advantage). It has been said I don’t belong in Women’s sports — that I belong in Men’s — because I look stronger than many other women do. (No, I just work hard and I was born with this badass body and proud of it).

Though Williams addresses the letter to her mother and it centers on the joy of welcoming her new daughter into the world, the language she uses to describe herself is similar to Sharapova’s description of Williams in her memoir. Sharapova writes:
First of all, her physical presence is much stronger and bigger than you realize watching TV. … She has thick arms and thick legs and is so intimidating and strong. And tall, really tall. Lol, smh!