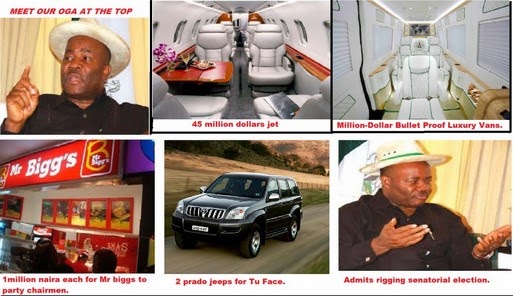 Governor Godswill Akpabio of Akwa Ibom State has, according to a report on PremiumTimes, allegedly initiated a law to enable him pocket a whooping N200
million in annual pay after his tenure expires. Mr.

Akpabio is allegedly also demanding other benefits including a new house, brand new cars, furniture and luxurious living for the rest of his life.