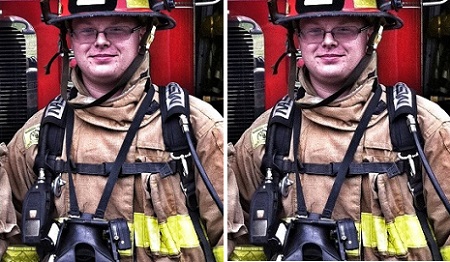 An Ohio fire department has suspended one of its volunteer firefighters for a racist Facebook post suggesting he’d prefer to save a dog in an emergency than a black person.

Tyler Roysdon, a volunteer for Franklin Township, wrote that if he had to choose between saving a dog or a black man from a burning building, the dog would get priority, because “one dog is more important than a million n****rs.” 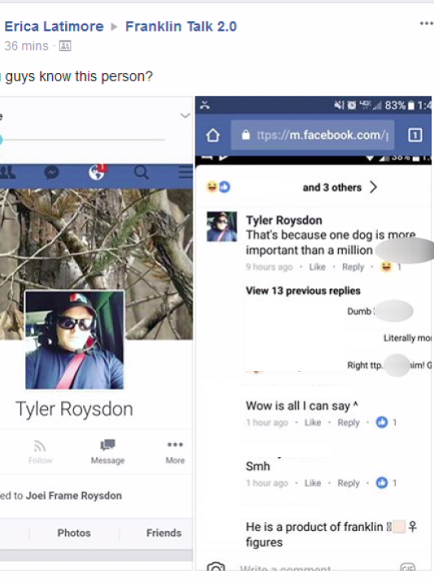 Once township officials discovered the post, Roysdon was suspended indefinitely.
The township will hold a disciplinary hearing for him on Sept. 27, the station reported.

Because he is a volunteer, Roysdon is only paid when he is called to duty. Authorities said he will not be called while the suspension is in effect.