A half naked couple has been filmed romping in the street just yards from a graveyard and in full view of the public.

The pair didn't seem to care that they were next to a busy road and were being filmed from a CCTV camera above as they performed sex acts on each other.

A woman is shown lying on her back wearing a pair of red tartan hotpants and a bright red bra while the man is shown next to her throughout the tryst.

The clip starts with the woman shouting: “Oh my lord” before the boy pushes her leg away as he exposed himself.


The brunette then straddles him before performing a sex act - completely unaware of anyone around them.

The camera then pans out to show the area surrounding the couple showing off a smart-looking street with tudor-style homes next to what appears to be a graveyard full of tombstones.

The video clip, which goes on for almost two minutes, was posted on Twitter and it was originally claimed to have been filmed in the seaside town of Skegness, Lincolnshire.

But others are also saying it may have been recorded in Southend-on-Sea, while another man insists the footage was shot in Wrexham.

Since then it has attracted almost 6,000 retweets and thousands of comments from shocked viewers.

The video was apparently shared in a group chat between boys but it is unknown who actually filmed the public incident. 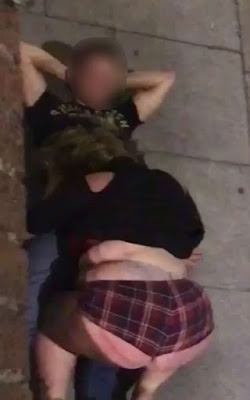 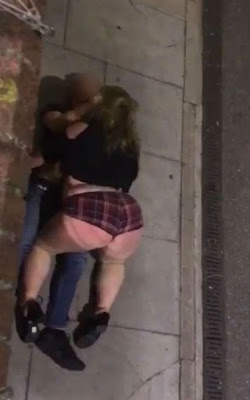 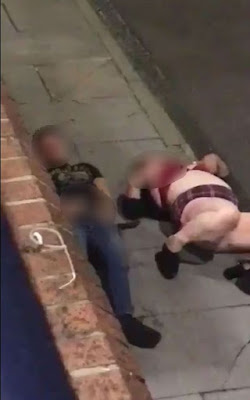