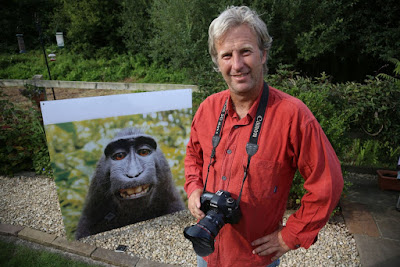 The long-running legal battle over who owns the royalties to the famous "monkey selfie" has been settled.

David Slater, the photographer whose camera was commandeered by a crested black macaque, has agreed to donate 25 per cent of the royalties generated by the photos with animal charities dedicated to protecting the monkeys' natural habitat.

The agreement brings to an end to a dispute which originated in 2011 when Mr Slater travelled to Sulawesi, Indonesia, and spent a week taking pictures of macaques.

At one point he mounted the camera on a tripod and one of the monkeys started pressing the shutter button.

Wikipedia refused, claiming the copyright belonged to the monkey.

Then despite the US Copyright Office ruling that animals could not own copyright,  an American charity, People for the Ethical Treatment of Animals (Peta), entered the fray.

It sued Mr Slater in 2015, arguing that the copyright belonged to one of the macaques, Naruto.

In a bizarre hearing in San Francisco, lawyers argued not only whether a monkey could claim copyright but whether Naruto was even the correct monkey.

Mr Slater, who said he made around £100 every few months from image sales of the grinning monkey, was confronted with legal bills running into thousands of pounds.

Facing financial ruin he even considered giving up wildlife photography and becoming a tennis coach or dog walker instead.

Finally, agreement has been reached.

In a joint statement, Peta and Mr Slater said that the case raised "cutting edge issues" about the legal rights of animals. 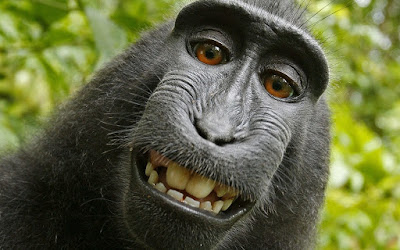