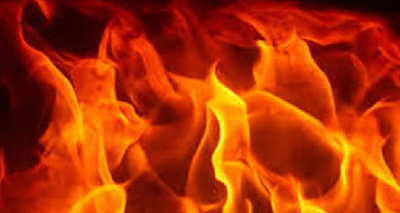 A source in the community, who simply identified himself as Collins told Punch that the palace was burnt over the refusal of the monarch to coronate one Chief Chijioke Njokuocha as the traditional prime minister of the community after the death of his father, Chief Samuel Njokuocha.

According to the source, the monarch’s preference for one Chief Jasper Nwachukwu angered the youths who had gathered to witness the coronation of Chief Njkuocha.


The youths took laws into their hands when the event failed to hold.

He said, “Our traditional ruler has insisted on making Chief Jasper Nwachukwu our traditional Prime Minister as against the rightful owner. The position of the prime minister in our community is hereditary.

“After the death of our prime minister, Chief Samuel Njokuocha, our custom, and tradition demand that his first son, Chijioku Njokuocha, should be coronated.

This issue started since 2016 and our traditional ruler has remained adamant and wants to go against the culture and tradition of our people. Even the office of the governor on conflict resolution had mandated him to coronate the rightful person but he vehemently refused.

After much persuasions, he agreed to do the coronation today (Tuesday) after he had boycotted it one month ago. To the chagrin of the people who had gathered with much excitement to witness the ceremony he declined. The youths were embittered. They had no other option than to set the palace ablaze after the monarch had fled “.