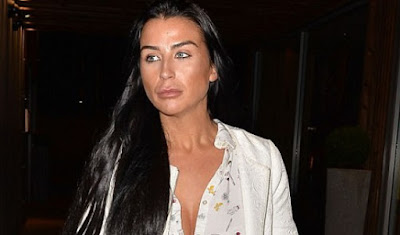 Jenny Thompson, 28, was spoken to by officers as part of the inquiry after a scuffle at the party in Bolton led to the death of David Molloy.

The Ex On The Beach star was a guest at the party, held by her best friend Zoe Percival, at the house which is rented from Ms Thompson's parents.

Mr Molloy was arrested on suspicion of breach of the peace, but took ill in a police car and later died in hospital.


A 34-year-old man was arrested at the house on suspicion of murder in the early hours of Sunday morning.

Last night, Ms Thompson was being comforted by her parents at their £500,000 mansion near the scene.

There is no suggestion that she or Ms Percival are being treated as suspects.

One reveller told The Sun: 'It's not quite clear how David died. It's a massive shock for Jenny and she has been very upset.'

The case has also been referred to the Independent Police Complaints Commission.

Ms Thompson hit the headlines in 2009 when she was a £1,200-a-night escort, after bedding footballer Rooney when wife Coleen was pregnant.