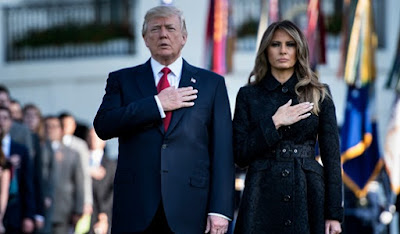 The observance, along with another at Ground Zero in New York, was held at 8:46 am (1246 GMT), the moment the World Trade Center in Manhattan was struck by the first of two hijacked airliners.

In all, four planes were hijacked by Al-Qaeda militants who used them to topple the trade center’s twin towers and hit the Pentagon. The fourth plane crashed in a field in Pennsylvania.

The attacks, the deadliest ever on US soil, killed 2,997 people, and plunged the United States into a rolling chain of wars against Islamist militants.