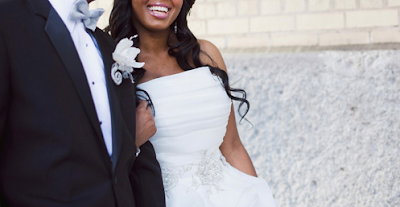 Suspected kidnappers have abducted a couple in Akunnu, Akoko North East Local Government of Ondo State, while on their way to Akure for their marriage ceremony.

The groom, Moses Yakubu, and his bride were travelling from Okene, Kogi State on Sunday morning for the scheduled marriage when they were attacked and kidnapped by gunmen.

Sources said the couple were also kidnapped alongside some family members accompanying them, including the best man and chief bridesmaid.

It was gathered that the couple were stopped by the kidnappers in Akunnu. The kidnappers ordered them out of the car at gunpoint and dragged them and some of their friends away into the bush.


They were said to have offered no resistance as they were moved into the forest by their abductors.

The father of the bride, Ahmed Amodu, confirmed the development, saying that the armed men took away the couple, but said the bride and her sister had been set free by the kidnappers few hours after their abduction.

Mr. Amodu said the groom, as well as two males and two females, were still being held by the hoodlums, lamenting that no contact had been made with them.

The Police Public Relations Officer, Femi Joseph, said the command had begun a search for the kidnapped persons, promising that they would be rescued.

Mr. Joseph noted that detectives from the command were combing the area and the forest in Akunnu to rescue the victims, assuring that they would be rescued unhurt.

He added that the kidnappers would be apprehended and punished according to the law.