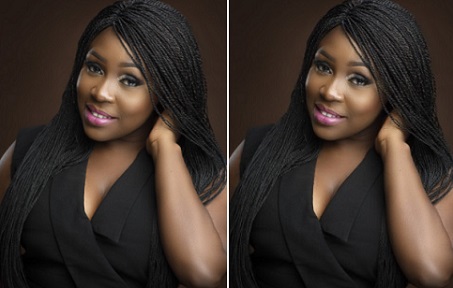 I knew I was studying the right course in the university when our lecturer at the time, Dr. Ekeanyanwu Nnamdi(probably the best teacher I’ll ever have) mentioned that a journalist had to have a “nose for news” and “an eye for detail”. I certainly have all of that, including an ear for the most silent whispers. I notice and hear EVERYTHING. Matter of fact, I once narrated an event to my mother – an event that happened when I was just about a year old- with so much detail that she was shocked and was like: “How could you possibly know this? You were a baby” and I was like: “Yeah, it is what it is”

One of the places I like to visit and observe the people as well as surroundings is the grocery store. It’s amazing the kind of people you see and the conversations you overhear. To be honest, I didn’t imagine I would find anything interesting last Sunday when I traveled to Novare Mall to do some grocery shopping, though. It was meant to be a pop in, really. I wouldn’t even have gone, had I not been a little partial to the Game store… they always have the freshest of veggies and fruits.


As was routine, I was garbed in a worn out tee, PJ bottoms, and bathroom slippers, my signature resting bitch face…earphones plugged. I didn’t really expect to see anything interesting until I joined the queue to pay. On the line opposite to me was a white woman, possibly in her early 40s; her husband, certainly in his mid-20s and their son (the cutest little munchkin I’ve seen in ages). It was a difficult situation for me: I was torn between smiling at their very beautiful child and judging the older white woman who obviously lured the younger man to marry her.
I stared at her so much, that she feels probably uncomfortable. I mean, other people were also staring at her.

Why would she come and deprive us of such a handsome young man? She was not fashionable either; she was two times his size and she seemed to be a little slow. Just as I wanted, her eyes met mine and I could see the embarrassment in her eyes. Clearly, she was battling some insecurity. Who wouldn’t… if you have to deal with judging eyes everywhere you go with your younger husband?

Maybe it was the sad look in her eyes or how uncomfortable she seemed, but instantly I felt really bad. Who was I to judge? Am I any better? Since after the guy I dated when I was 24, the rest have been younger than I am actually…I mean nothing extreme like less than 4 or 5 years …still. I know firsthand why a younger man would sincerely opt for a woman older than him. It doesn’t always have to be for some kind of gain or the woman is not always in the relationship out of desperation either.

The thing is, tradition and religion have programmed us to expect the man to be the older one in the relationship. In Nigeria especially, most couples are about the same age and when they’re not, it’s the man that’s older.

Perhaps it is set that way as there is the belief that an older man will be in a better position to care for and protect a younger woman. Truth be told, it’s not always so. Most guys would actually go for older women.

From Peter Okoye and Lola Omotayo, Gabrielle Union, and Dwayne Wade, to Kaffy Shafau and Joseph Ameh. There are so many perks to being with an older woman!

An older woman most usually has got her own life: her own apartment, her own money, her own career. She doesn’t to depend on any man for survival in life really. When she is interested in a man, it is because she wants him. Her affections or love are genuine as well. The woman has been through enough ups and downs already and can handle just about anything. She is not desperate either. She knows what she wants and isn’t afraid to go after it.

She may not have the same body she had 10 years ago, but she is not one to feel threatened by younger girls or get bitchy-jealous about exes. And why would she? She is comfortable in her own skin. She doesn’t blow her own trumpet, even though she knows time has allowed her to acquire skills far superior to her younger counterparts. She is hardly dramatic and is less likely to play games.

Quite refreshing is the fact that she does not move in a herd. She can make decisions for herself and she has good judgment too. She does not need the approval of a ‘larger governing body’; her man will never be in a position where he has to apologize to not just her, but every single member of her herd when they fight.

Most importantly, she has a wealth of experience and connection that informs her actions and decisions, and this is what will help her make him a better man.

Dating an older woman is by no means for everyone. It can sometimes come with unique challenges, but with all the perks that come with it, Nigerian men may want to consider changing their preferences and broadening their bracket when searching for love.

Also, onlookers may want to judge less when they meet a woman dating or married to a younger man…no matter the age gap.