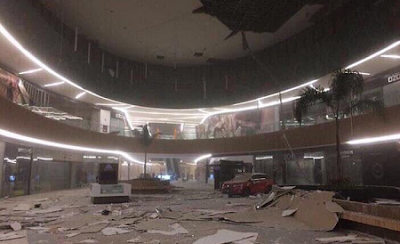 At least five people have been killed after an 8.2-magnitude earthquake struck off the southern coast of Mexico overnight. Buildings collapsed and thousands of people were evacuated after the powerful tremor struck off the coast of Chiapas, the country's southernmost state, just before midnight on Thursday.

Mexico's president said that the earthquake was the strongest to strike the country in a century.

Tsunami waves have since been recorded as a result of the quake, and could reach three metres high, according to the US Pacific Tsunami Warning Centre.

The Associated Press reports that 5 have died in Mexico's Tabasco and Chiapas states amid falling buildings and hasty evacuations.