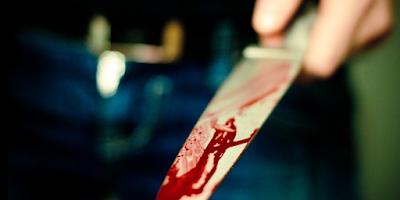 A 24-year old man, Charles Okoro has been arrested and charged before a Lagos court for allegedly stabbing his rival, Emeka Ojukwu to death at a popular night club over lover.

P.M.Express gathered that the suspect had disagreement with the victim over a woman during clubbing activities.

The disagreement resulted in exchange of words and fighting between the duo.


It was gathered that during the squabble, Okoro went to the club kitchen, brought out a knife and stabbed Ojukwu severally.

The victim bled profusely and was rushed to a hospital where he eventually died.

The corpse was deposited at the morgue for autopsy report.

The club management held and handed Ojukwu over to the police at Ago Division who detained him at the cell after interrogation.

P.M.Express gathered that when the report came to the police that Ojukwu died eventually at the hospital, the matter was transferred to SCIID Panti, Yaba for further investigation.

Okoro however admitted that he stabbed him but it was not his intention to kill him.

He was charged before Ebute Meta Magistrates court for murder under the Criminal Code.

His plea was not taken, rather the presiding Magistrate, Mrs O.A. Fowowe-Erusiafe ordered him to be remanded in prison.

The court also ordered that his file should duplicated and sent to DPP for advice.