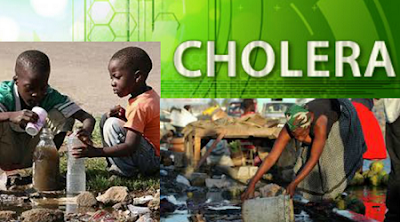 Cholera has claimed no fewer than 23 deaths and 530 suspected cases in Borno, the UN Office for the Coordination of Humanitarian Affairs (OCHA) said on Thursday .

The UN agency added in a statement that a cholera outbreak was first reported by the state’s Ministry of Health, adding that the first case was recorded on Aug. 16, 2017.

“The outbreak is mainly in Muna Garage, a camp hosting at least 20,000 internally displaced persons on the outskirts of the state capital, Maiduguri.

“There have also been reports of a suspected cholera outbreak in Monguno and Dikwa Local Government Areas, northeast and east of Maiduguri, respectively,” OCHA said.