Atiku Cries Out: Buhari, APC Side-Lined Me After I Helped Win 2015 Elections

Atiku Cries Out: Buhari, APC Side-Lined Me After I Helped Win 2015 Elections 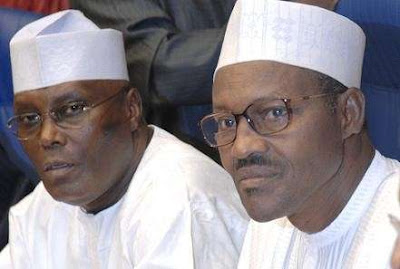 A former Vice President, Atiku Abubakar, on Wednesday said he had been side-lined by President Muhammadu Buhari’s government which he said he helped into power in 2015.

Mr. Abubakar’s accusations at the government came same day one of Mr. Buhari’s ministers, Aisha Alhassan, said she would support the former vice president even if Mr. Buhari runs for election in 2019.

In an interview on the Hausa Service of the Voice of America, VOA, Mr. Abubakar said he had been side-lined despite his efforts in making sure that the Peoples Democratic Party, PDP, was defeated in 2015.

Speaking from Yola in Adamawa State where he celebrated the Eid-el- Kabir festival, Mr. Abubakar said, “Honestly speaking, I’m still a member of the APC; I was part of all the processes, including campaigns until success was achieved.”


“But sadly, soon after the formation of government; I was side-lined, I have no any relationship with the government, I’ve not been contacted even once to comment on anything and in turn, I maintained my distance. They used our money and influence to get to where they are but three years down the lane, this is where we are.”

He applauded the president on the successes recorded so far in the fight against Boko Haram, but said it was not yet time to celebrate and jubilate because a lot is yet to be done and “the ruling government had failed in many fronts.

“Yes, there were successes but not comprehensive success because the Boko Haram miscreants are still very active, killing our people and many local government councils in Borno and Yobe are under their firm grip. People cannot dare go back to their dwellings”

“This thing baffles me; I never imagined that Nigeria will fight a protracted battle with Boko Haram for five years. At a time, we fought the Biafra war, which was more complicated because of the terrain in the South but the Biafran soldiers were roundly subdued in 30 months. But here we are, fighting an endless battle with the Boko Haram and there’s no end in sight”.

On corruption, Mr. Abubakar said little was achieved, asking “How many people were arrested, prosecuted and jailed? How much was recovered from the looters?”

He also made reference to the achievement of the Olusegun Obasanjo administration, during which he was vice president, in recovering stolen funds.