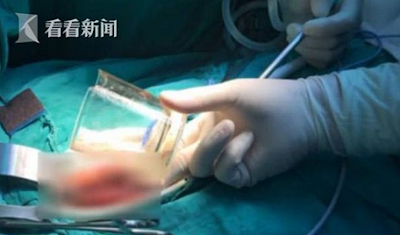 This bizarre x-ray reveals how doctors found a man with an 8cm glass cup stuck up his bottom.

The patient only revealed his painful predicament after suffering with the blockage for two days, doctors in China said.

And even then he would not confess as to how or why the glass came to be lodged in his back passage.

The Shanghaiist in China reports doctors were able to finally remove the glass cup stuck up without it shattering.


The recent case in Guangzhou apparently involved a married man who came in complaining of unbearable pain.
The patient was screaming for help when he was brought in at 2am.

He was sent for X-ray and the cause of his discomfort immediately became apparent.

Medics feared the glass cup was under so much pressure from the man's rectum muscles that there was a real danger it would break causing a serious and potentially deadly injury.

According to a local news report, doctors at first tried to take out the object the same way that it came in.

Using drugs to relax the man's anus, they were able to reach the cup, but found it too slippery to pull out.

Worried that the glass might shatter at any moment, the decision was then taken to carry out surgery and the cup was successfully removed. 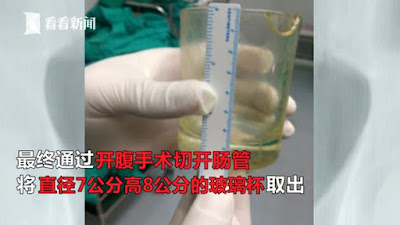 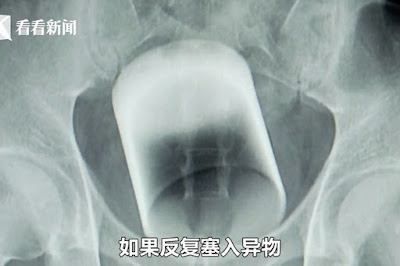 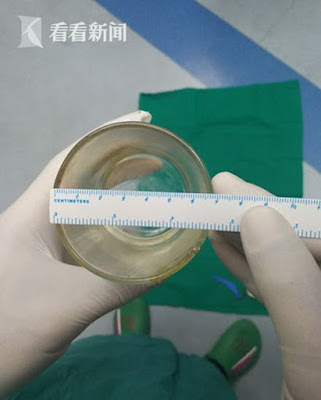