Buhari Has Fulfilled His Promise On Economic Recovery – APC

Buhari Has Fulfilled His Promise On Economic Recovery – APC 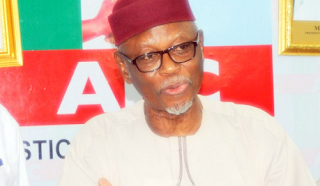 The All Progressives Congress, APC, has lauded the federal government for the nation’s recent exit from economic recession as announced by the National Bureau of Statistics, NBS.

The party expressed this in a press statement on Wednesday signed by the National Publicity Secretary, Bolaji Abdullahi.

“APC also commends the National Assembly as it continues to work with the Executive on improving the economy and other areas of national life,” Mr. Abdullahi said.

“We commend the administration of President Muhammadu Buhari on the economic recovery efforts which have evidently started to yield fruits.


“Commendably, the country’s exit from recession was in tandem with the current administration’s forecast that the country will experience economic growth in 2017. This is another demonstration that the President Buhari APC-led administration is one that keeps its promises,” the party said.

It, however, said the government will not rest on its oars.

“APC thanks Nigerians for their patience, understanding and support for the President Buhari administration while the economy was in recession. Although there remains much more work to be done, we assure Nigerians that the administration remains focused on its effort to sustain the economy on the path of growth.

“As the President Buhari administration works assiduously to build a new solid foundation, credible image and pull the country out of the present hardships, we appeal for continued patience and the cooperation from Nigerians.”

The party said Mr. Buhari during the 2015 elections, promised to curb corruption, restore the economy and ensure the security of the nation; adding that he had kept his promise.