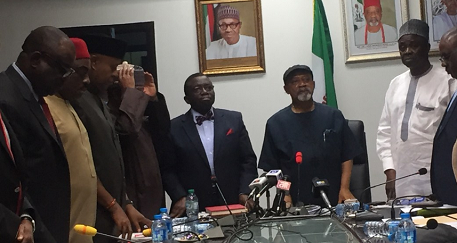 The strike by resident doctors will continue‎ despite a meeting between them and a federal government delegation, officials have said.

The meeting in Abuja ended in the early hours of Thursday between the leaders of the striking doctors, NARD, and a federal government delegation that included the Minister of Labour, Chris Ngige, and that of health, Isaac Adewole.

A statement by the labour ministry after the meeting which lasted several hours said the strike would continue until at least Friday when the doctors are expected to meet to review the offer by the government on their demands including payment of salary arrears owed.


‎”The meeting agreed that NARD national officers is to present the outcome of the re-negotiated Memorandum of Terms of settlement to an emergency meeting of its members by Friday September 8, 2017 with a view to suspending the strike once there is evidence of payment of the mandate as presented to the meeting, to the affected institutions,” the statement noted