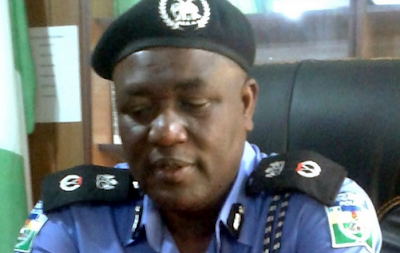 The Osun State Police Command has arrested an herbalist, Adeniyi Adeyeye, with a suspected human skull at Moro, in the Ife North Local Government Area.

The state Commissioner of Police, Mr. Fimihan Adeoye, said on Tuesday that Adeyeye was arrested  in Ipetumodu following a tip-off.

Adeoye said, “We are still still investigating. He will be charged to court soon.” The suspect initially told Punch Metro that  one Akin, who was living in his house, brought the skull and he (Adeyeye) sent him packing because of that.

He said he was surprised that policemen arrested him because of the skull. Adeyeye later changed his story when he was accused of wanting to use the skull for money ritual for a client.


While denying the ownership of the skull, he admitted telling the client that money ritual must involve the use of human parts.

The police also paraded another herbalist, Babatunde Awolola, and one Ademola.

Thirty-nine-year-old Awolola was arrested in the Iwo area with two suspected human hands.

Awolola said he bought the hands from one Olakanmi for N10,000, adding that Ademola, a commercial motorcycle rider, did not know the content of the bag.

He explained that the two hands were got from corpses in a graveyard.

He said, “I am an herbalist.  I bought the hands from Olakanmi for N10,000. I buy other human parts from him also. The hands were got from a corpse.”