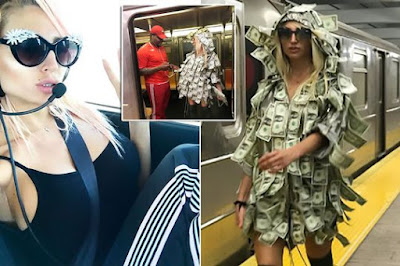 A Playboy model, who rose to fame after getting a huge fine for posing for selfies in a cockpit, has strutted around New York with a dress made of money.

Vicky Xipolitakis encouraged strangers to rip off the cash and keep it in a bizarre publicity stunt.

The 31-year-old was filmed walking around the the US city's subway dressed in the unusual outfit and asked people to rip notes from it as she passed.

She said she wanted to give back to others and decided to hand money to commuters in the city.


Vicky, from Buenos Aires, Argentina, chose to do so by allowing strangers to rip the money from her specially made dress.

She said: "As I was travelling a lot and it was a long time ago that I had volunteered I told myself: ‘I have to do it in New York.’

"I went to the metro, that I think it is the most poor part of the city.

"I dressed up with a dress covered with banknotes so that people could grab what they needed". 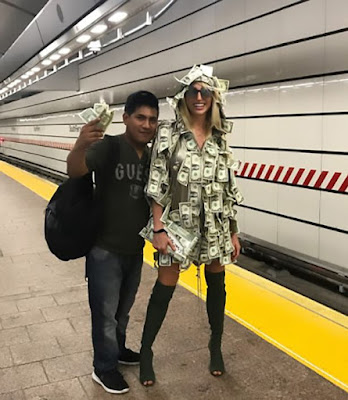 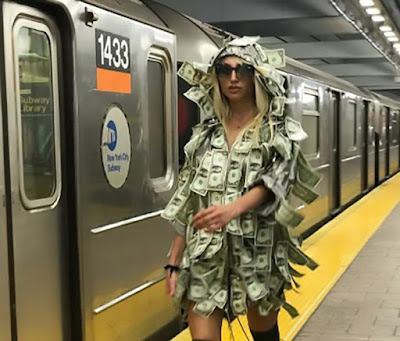 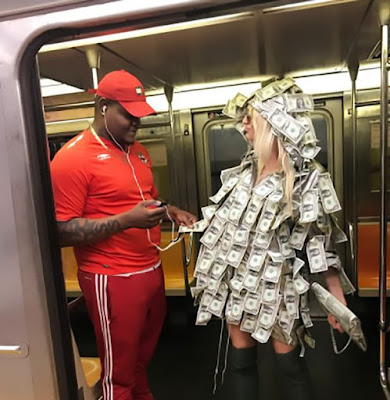