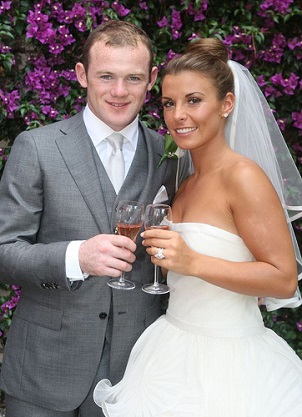 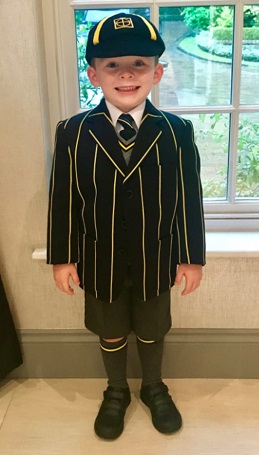 Coleen Rooney has today put her marriage-split rumours aside to tweet a photograph of her four-year-old son dressed in his new uniform before writing: 'Big school for my gorgeous Klay!!'

The pregnant mother-of-three had just confronted her husband Wayne over the night he allegedly 'kissed and hugged' an officer worker and friends said she demanded to know: 'How many other times have you done this?'

Wayne, 31, who was charged with drink driving, was later seen arriving at Everton's training ground in Liverpool in his black Range Rover this morning. It is unclear whether he took his son to school.

Coleen - who is pregnant with the couple's fourth child - usually posts pictures of her children to her 1.28million followers but this is the first time she has uploaded one since her husband's arrest.


It comes as reports say the 31-year-old has taken off her £250,000 bespoke wedding ring and £200,000 engagement ring as she and her husband held crisis talks at their £6 million marital home in Cheshire.