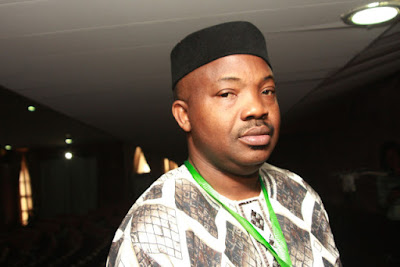 Any way, Yinka Odumakin is a fire man! We have always known him to be brilliant! Fire!! So the National Publicity Secretary of the pan-Yoruba sociocultural organisation, Afenifere, Yinka Odumakin, tells Tobi Aworinde that President Muhammadu Buhari’s resolve to clamp down on hate speech will worsen the issue.

Answering this question; Why are you against calls for the rearrest of pro-Biafra agitator, Nnamdi Kanu? Yinka said;

To start with, experience has shown that arrest cannot resolve the question of self-determination. Two years ago, who knew Nnamdi Kanu? Maybe he was just on the Internet or Radio Biafra. But when he was arrested and detained for over a year he became popular. You realise today that when he is addressing crowds in the South-East, thousands gather and follow (him). They (government) made him popular. If they rearrest him, they are going to further popularise him and bring into focus the issues he is fighting for. Why don’t they deal with the issues, solve the nationality question and render his achievements ineffective? His arrest will not resolve the matter. Even if they sentence Kanu to death today, another person will rise — once they refuse to resolve the matter. Continue...


On the other hand, when you talk about the rule of law, that lady that symbolises justice is blindfolded. The essence of that is, she is no respecter of persons — she delivers justice to whomever offends the law. But then, you begin to go after Kanu and some people get up in Arewa land to say leave our land. The Kaduna governor says, ‘Go and arrest them.’ The vice president says, ‘Arrest them.’ The minister of interior then says, ‘No, they said they were misquoted.’ The thing the minister said they were misquoted on, they sat with governors from the North to say they were suspending the order (notice to quit given to Igbo in the North), and they were holding a press conference in Sheraton.

In fact, one of the (Arewa) youths, when they were looking for them, said, ‘If I’m declared wanted, I will give myself up.’ Even (for security agents) to invite them for a 30-minute chat and let them go, they didn’t do that. When you refuse to do that, you create problems for the rule of law; you show that there’s a double standard. That is not how to build an inclusive country. Not that we endorse everything that Kanu is doing, but we are saying in order not to overheat the polity, what we need now is (for the Federal Government) to address the issues that have given rise to agitations. If we begin the process of restructuring this country, the separatist groups will be at bay. But if we don’t address these issues, you’re giving them, added energy.