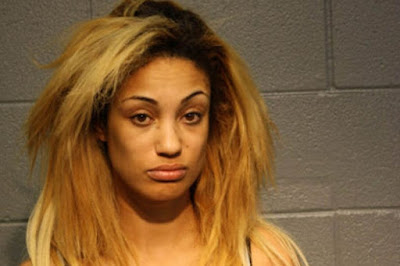 A woman allegedly filmed her unconscious friend being raped and posted the footage on Snapchat after they argued over a man.

Beth Rae Harris is accused of encouraging at least one man, possibly more, to rape the 23-year-old woman after she passed out drunk in her apartment.

Harris, 36, from West Ridge, Chicago, is charged with nonconsensual dissemination of sexual images.

She is being held at Cook County Jail and her bail has been set at £116,000. Harris and the victim are believed to have argued over a man they met at a party on the night of August 24.


They made amends before going to a club and a hotel party where the victim drank heavily, prosecutors said.

They later returned to Harris' apartment where the victim passed out.

Harris is then alleged to have encouraged at least one man to rape the woman while she filmed it.

The victim told police she woke up the next morning naked and sore. She later discovered videos of her being raped posted on Snapchat, prosecutors said.

Harris was identified as being the individual who filmed and shared the footage. She allegedly appears in one of the videos, insulting the victim.

She was arrested and charged on Thursday.