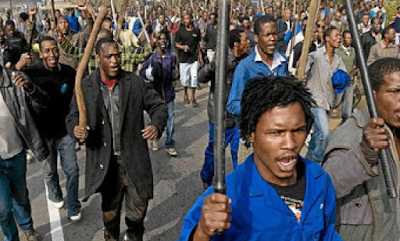 The Nigeria Union in South Africa has confirmed the killing of a member, Kingsley Ikeri, at Vryheid town in Kwazulu Natal Province on Wednesday 30.

Mr. Ikeri, 27, was a businessman and native of Mbaitolu in Imo. In December 2016, Metropolitan Police in Cape Town had suffocated to death a man, Victor Nnadi, also from Imo.

Bartholomew Eziagulu, Chairman of the union in the province, told the News Agency of Nigeria  in Durban on Friday that Mr. Ikeri was tortured to death by the police.

He said the union’s investigations revealed that the police arrested the deceased a friend on suspicion that they were carrying hard drugs.


He said while interrogating him, the police used plastic to cover his face to extort information from him.

“In the process, they suffocated the deceased. When the police took him to the hospital, he was confirmed dead,” he said.

Adetola Olubajo, the Secretary General of the union, said the national secretariat had been informed about the death of the Nigerian.