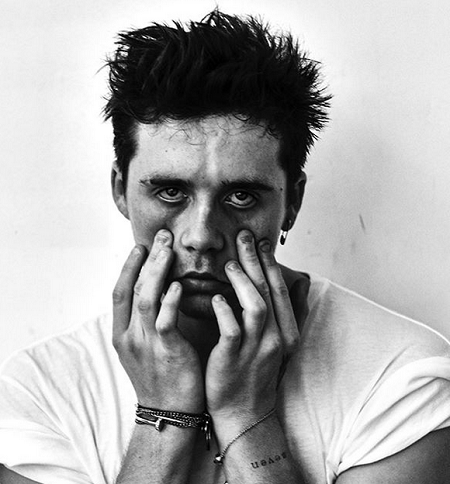 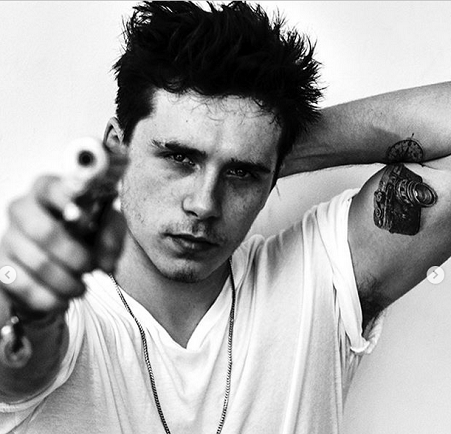 The 18-year-old New York-based photography student has happily posed for the camera in what he described on his Instagram as a 'cool double shoot', but some fans were less impressed as one user penned: 'A gun? Really? What an idiot'.

The gun shot appeared to be particularly provocative as users soon swarmed the comments section to slam the use of a weapon in the images.

Fans penned: 'Can't approve of the gun ones. never necessary... Heyy put that gun down !!... Why the gun? What is your reason to use something that causes so much destruction and despair?
'Depicting a kid who has been brought up with such privilege, who couldn't possibly have first hand experience of the consequences that this type of 'cool' gang image can have on vulnerable children following him?'

But despite the critisms, it didn;t make Brooklyn Beckham take down the particular photo.