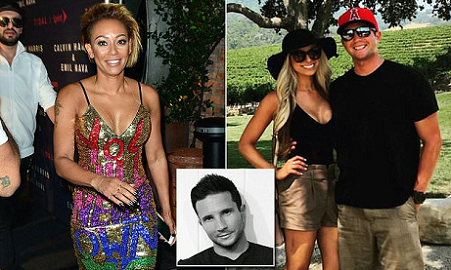 This is the dashing Beverly Hills cop who has been cheating on his young wife with former Spice Girl Mel B.

Police officer Ryan Lawrence, who is a hostage and crisis negotiator with the Beverly Hills Police Department, has been secretly dating Mel since May behind wife Morgan's back, it's claimed.

The devastated 29-year-old registered nurse only learned of the alleged infidelity last week.

According to sources the relationship is still going strong despite reports that Mel called it off after discovering her hunk was married.


DailyMail.com has learned that in fact Mel, 42, was told by the police officer - who is ten years her junior at 32 - that he is married shortly after they met.

The pair were introduced at the beginning of the year by a high-ranking Beverly Hills PD police officer with whom Mel is personal friends sources claim.

Mel and Ryan are now secretly trying to handle the situation so they can stay together.

A source told DailyMail.com: 'They are totally smitten with each other, Ryan has been staying over at Mel's a lot while telling Morgan he's had work commitments.

'Mel has even introduced him to her children and he's taken them shopping. Mel is loving the attention Ryan is giving her, it's a big confidence booster.'

The source added: 'Ryan might be telling Morgan something different, but he has no intention of going back to her. He's told Mel he doesn't love his wife and wants out.

'Once the dust has settled he plans to end the marriage and go on a vacation with Mel, they've got it all planned out.'

The source even claims Mel purposely flirted and kissed a 'mystery man' at an MTV VMAs after party in LA to distract the media from her affair with Ryan - knowing members of the press would be watching.

The man, later revealed as Armenian celebrity hairstylist Gary Madatyan - a close friend of Mel's - was caught on camera kissing Mel at Tao in LA.

Mel and Gary partied alongside the star's fellow America's Got Talent host Heidi Klum and her boyfriend Vito Schnabel. 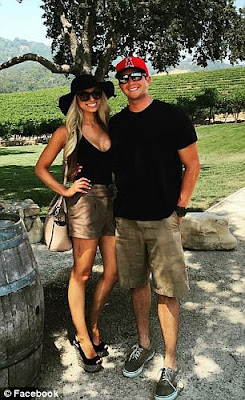 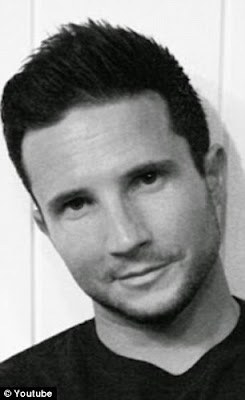