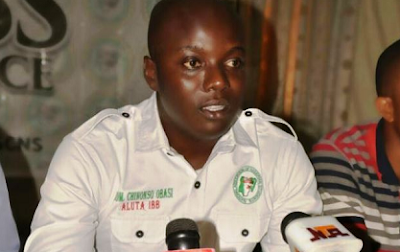 The National Association of Nigerian Students, NANS, has given the federal government a 21-day ultimatum to resolve the Academic Staff Union of Universities strike action to enable the students return to school.

The association warned that students would shut down the country if the government fails to resolve the issues and end the strike within the stipulated time.

This was contained in a statement issued on Tuesday by the National President of NANS, Chinonso Obasi.

The association called on government and ASUU to have “constructive engagement” to resolve the lingering issues that led to the declaration of the strike.


Mr. Obasi said incessant and prolonged strike was one of the factors responsible for the falling standard of education in Nigeria.

“Incessant strikes and stoppage of academic activities as a result of lack of agreements or lack of adherence and implementation of duly executed memorandum of agreements between the Federal Government and ASUU do not reflect and demonstrate commitment to the sustainable development of the nation’s education sector and human capital,” he said.

Mr. Obasi said NANS had called on the Nigerian Senate to convene an emergency meeting to deliberate on the strike and other issues of critical national importance.

“NANS will await the outcome of meeting (between government and ASUU) to determine the next line of action,” he said.

The association called on the parties to demonstrate sensitivity and patriotism to resolve the issues “to save education in the nation and avert unfortunate developments associated with the idleness of young people.”

ASUU is on an indefinite strike to press home multiple demands, including poor funding of universities and part payment of lecturers’ salaries; but deliberations are going on between the union and the federal government.