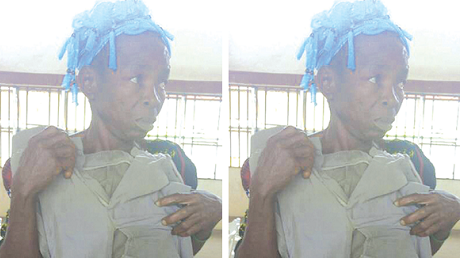 A 72-year-old grandmother, Victoria Akinseye, was in tears as she displayed the torn under wears she wore the day suspected herdsmen took turns to rape her on her farm in Ore, Odigbo council area of Ondo State.

Victoria said the herdsmen had done the unthinkable and would reap the fruit of their wickedness to her.

Actually two women were raped same day at different farms and times in the agrarian community by suspected herdsmen. The other victim, Ebun Olarewaju, is much younger.


Early this month, a farmer, identified as Orimisan Omowole, was also hacked to death by suspected herdsmen in the town.

Narrating her ordeal, Akinseye said, “I was working on my farm when two men attacked me from behind, held my neck such that I couldn’t ask for help. They tore my clothes and took turns to rape me.”

According to her, a fellow farmer who was on his way to his farm later that day saw her where the herdsmen had abandoned her after the rape and took her home. She said her life had not remained the same since after the rape.

‘“When we reported the incident to our monarch, we were told I must do a sacrifice, to prevent any bad occurrence in my family. I even had to beg for money to buy items for the ritual. My life is in ruins”.

The septuagenarian farmer said she had however cursed those who raped her for their wickedness to “an old woman who could have been of the same age with their mothers.”

Disturbed by the latest development, youths and farmers across the 18 council areas of the state marched through the streets of Akure, the state capital, protesting the menace of herdsmen.