What People Are Saying About S*x With A ROBOT

What People Are Saying About S*x With A ROBOT 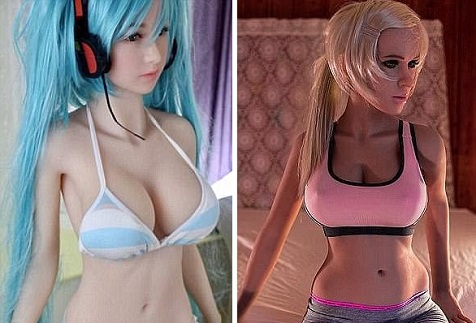 While you might think that having sex behind your partner's back would count as cheating, it seems that many people don't think this is the case if the other 'person' is a robot.

A shocking new study has revealed that 40 per cent of Britons don't see sex with a robot as cheating.

Despite this, one in three Britons said they would be 'horrified' if one of their friends started a relationship with a robot, with 16 per cent saying they would try to convince them to abandon it.


The survey comes in relation to Now TV's programme, Westworld, in which people can visit a futuristic theme park to live out their darkest fantasies.

The survey also revealed that 39 per cent of people in the UK think that people will be having relationships with robots instead of humans in just 34 years.