Islamist Terrorist Blow Themselves Up Rather Than Surrender To Police

Islamist Terrorist Blow Themselves Up Rather Than Surrender To Police 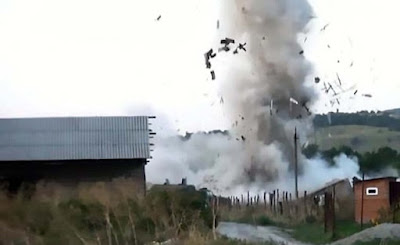 This is the moment a suspected Islamist terrorist cell opted to blow themselves up rather than surrender to police.

Police had tracked the four extremists to a house in the village of Psedach in south western Russia's Republic of Ingushetia, where they ordered the men to surrender.

However, rather than give themselves up, the group opted to set of a bomb which destroyed their hideout, killing all four of them.

The gang of extremists had been hunted by the Russian secret services in connection with the attempted murder of policemen.


Federal Security Service operatives surrounded their hideout, and the group began shooting at the officers, who returned fire.

Photos show how the huge explosion from their suicide bombs ripped the roof off the little cottage.

No one else was injured in the blast, which was captured in footage taken by Russian national anti-terrorism committee.

The terrorists were believed to be members of the Khunzakh militant group. 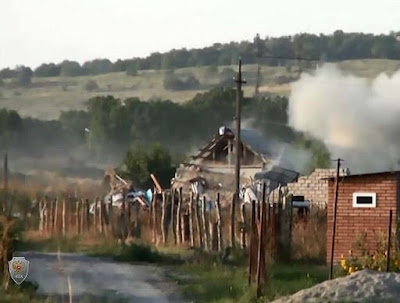